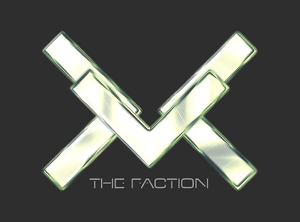 Factions are governments and are chiefly concerned with relationships between other factions, companies and occasionally syndicates. Citizens are the main component of a faction aside from stellar assets; faction populations rise and fall based on faction structure and status. A player owning a Faction must build the appropriate structures and make the appropriate decisions for his/her people or face an insurrection or all out rebellion.

Factions vary in size greatly. To be a faction, a player only needs take leadership of a system and its population either by force or on request and can grow their control to include the whole of the known Galaxy (theoretically); however, the environment system may periodically generate new startup factions and other events, keeping the Galaxy an ever changing place.

Faction gameplay is empire building/conquest, though small factions may be maintained by a player that wishes to power through criminal, hunter or corporate story lines - functioning as a means of supply and continuous research and development, as well as a constant supply of pilots to fill out fleets.

Many factions, some new and some old, already fill out Terran controlled space. Some of the major factions are listed below but others are left to be meet in game or formed by new pilots.

Retrieved from "https://terrangame.fandom.com/wiki/Faction?oldid=4351"
Community content is available under CC-BY-SA unless otherwise noted.